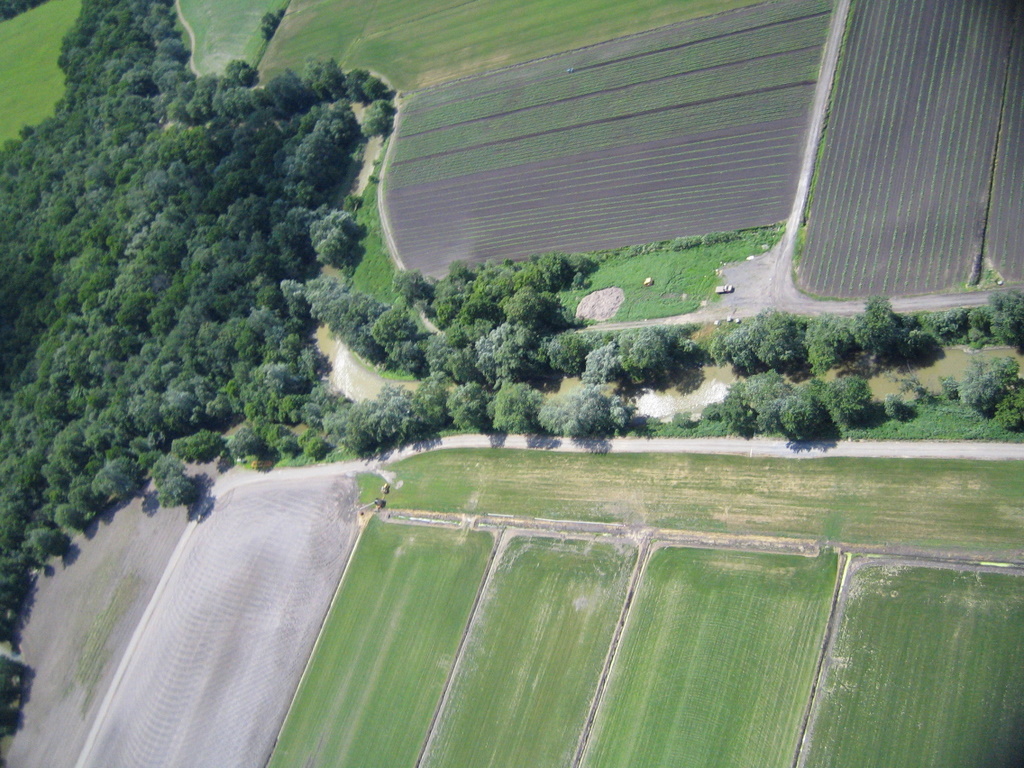 METRA Launch Site taken at NERFF 3 on a Loki H144

On June 22, 2007 AYUCR II flew again after a long hiatus. This time it carried a digital camera aloft on a Loki Research H144. The weather was perfect if a little windy and the pictures came out crystal-clear. I am very happy with the results. The photo above is just one example. All pictures from the flight are also online. Rather than modify the camera for an external shutter I decided to take advantage of the AYUCR Camera Controller's servo-drive option and use a servo to trip the shutter. This allows the camera to remain completely unmodified. This article will discuss the design and implementation of the servo-based digital camera payload.

First, what are the advantages and disadvantages of using a servo to trip the shutter rather than modifying the camera with external shutter leads? It's basically a tradeoff between the risks of trying to modify the camera and the added complexity of servo drive. Namely...

Pretty damning comparison against using a servo, huh? Well I suppose that depends on your priorities. For me one was simply to prove it could be done. The servo option is really only a good idea when you either can't or won't open up an modify the camera. If it enables you to fly a better camera than you otherwise might that's a plus. It's up to you. I'd just like to tell you how I did it.

The core of the project is the mounting of the camera and shutter mechanism. The camera, a Canon SD300, is about the size of an deck of cards and could be made to fit in a 2.6" rocket. AYUCR II is already a 3" rocket so I had plenty of room to work with. The photo above shows the camera mounted in it's holder. The camera holder is basically a plywood bed with a hole in it for the lens to look through. There is a smaller hold near the lens hole for the camera's microphone. A notch in the frame holds the servo. A bracket made from some aluminum angle stock holds the frame to a 3" centering ring for alignment.

and a surrounding frame to hold the servo and shutter line. This is mounted on a plywood centering ring. A notch in the frame holds the servo. A short, 1/4" machine screw is used to firmly hold the camera in the holder via the camera's tripod mount.